There is a field out beyond right doing and wrong doing. I’ll meet you there.
~Rumi 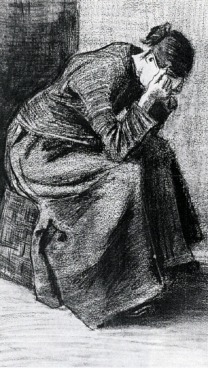 Why didn’t  you come?

When were you planning on bringing the casserole?

What were you thinking when you said, “Try again.”

How could you dismiss such a loss without ritual or ceremony or a fruit basket?

But you did. All of you. Even those who came–in whispers–to say that you lost a baby once too.

Like those of menses. Unwed pregnancies. Abortions. “The Change of life.”

It is dangerous to be a woman.

It always has been. Some of us sense that more acutely. Others live it.

Why would you give up or give back what so many fought to give forward? Why would you let a bunch of white men decide?

You say abortion is killing? It is. Everyone knows that. Especially our devout friends who also make this choice.

Mothers who choose abortion aren’t heartless or ignorant. They just don’t want any more children, or a child at 15, or one with a man who is cruel or one who won’t be there. 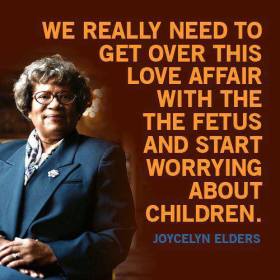 My sister worked at a Crisis Pregnancy Center where they ministered to women even after they aborted. The Planned Parenthood Center where I went at 16 encouraged me to look at options. They asked me if I was sure. Again and again.

Love on women. Empower them. Educate them. Show them the development of a fetus at 6 weeks. But don’t ask them to have a baby that you will later condemn them for delivering–without a man or money.

If it’s the innocent you care about, show it. Show it to the children who are here, among us.

Stop pretending that abortion has something to do with Obama, or Democrats, or liberals. It’s us. We’re the ones who want to decide, who have to decide, who must decide–because our world depends on this sovereignty. Women make the world a safer place.

I’ve loved all six of my babies.

Only two will have funerals when they die.

More on women from my blogs:

Violence Hides in the Home, The Empty(ing) Nest Diary blog

5 thoughts on “Where were you?”