My life purpose journey brought me here. Though it took me months to place it. To name it.

The sensation seemed to occur whenever a student expressed her appreciation for how our time together touched her, particularly as she revealed gifts that I couldn’t have imagined or planned, let alone take credit for.

In response, an excruciating tenderness welled up inside, doused with so much humility that I found it almost unbearable.

I was back at Kripalu–the yoga center in Lenox, Massachusetts–when an understanding of this profound sensation began to take shape. I was among a large group of Let Your Yoga Dance trainees as they were invited, one by one, to come into the center of a circle and speak their intentions for the week, allowing these to be expressed through their bodies as well.

It was my first time assisting a training, but I took a turn too, and stepped inside, without knowing what would come… 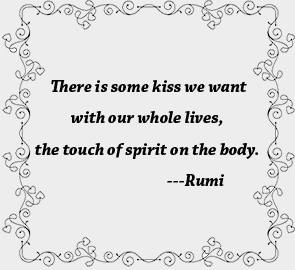 My head bowed. My spine bent like a flower kissing the earth; and a word came forth that surprised me:

What did this mean?

To whom was I to be devoted?

I pondered this through that week. I had a sense that serving at Kripalu had something to do with the understanding.

When I arrived back home, my exploration of devotion was buried by life, until I prepared to return again several weeks later to assist the second half of the training.

This time, I was relieved to hold none of the angst or anxiety that accompanied the first assist, and yet my body didn’t seem to agree.

In the days leading up to my departure, blisters swelled at the corner of my mouth and at the end of the first evening back at Kripalu, I developed a full blown migraine, and it was still there when I woke before dawn the next morning, and was later accompanied by a large pimple on my chin and a red welt on my cheek.

Days later, I hurt my back in a simple restorative yoga posture.

SOMETHING was going on…

But by the end of our week, my mind relaxed, as I was swept up in a current of sensation that music and movement and meditation brings.

The staff gathered together on the night before graduation and one by one we shared our appreciations for each other.

When it was my turn to acknowledge the instructor, I found myself without words or thoughts.

How was it possible that I had nothing to offer this woman whose work I had so long admired?

I searched my mind and caught a glimpse of her earlier that day, sitting across from a student, in rapt attention, while the rest of us dashed off to lunch after a full morning of dance.

Megha looked like a child in that moment, and I recognized what I witnessed, and spoke this word in appreciation of her:

The next morning, I stood beside a rose-petaled path that she had created on her hands and knees for the graduates.

While she ushered them across the threshold of the room one last time, the other assistants and I silently greeted them along the way, our hands in prayer.

Tears typically held inside, flowed freely down my face, in grace, so honored was I to help steward of each one of these new teachers who paused to acknowledge me on the path.

When we took our seats, and I watched as the diplomas were bestowed, my delight was so great that I tasted pure joy.

As the ceremony ended, the graduates asked the staff to sit before them at the front of the room, and I was unprepared for what came next…

Music began to play and the women formed a semi-circle in front of us, while a small group left the room and re-entered in a procession down the winding rose-petaled path, each bearing a basket in front of her heart.

One basket was placed into my lap, with a student bowing at my feet, as others called out appreciations in stereophonic bliss.

My hands remained at my heart, unable to move, as tears of recognition washed my face.

3 thoughts on “The heart of devotion”