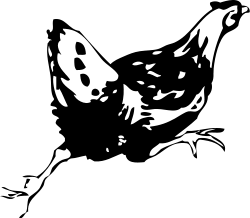 One of the challenges of being a highly intuitive person is that she is aware of her own insanity, as well as that around her.

A tell-tale sign that she herself is afflicted by Seasonal Insanity Disorder is the fact that it took her over 2 hours to get dressed; and not because she couldn’t decide on an outfit.

She began at the closet, where she noticed a pile of laundry that needed folding, and a pile of scattered clothes that needed sorting. She decided a cup of tea would help.

While boiling the water, she worked on the grocery list, packed up a Christmas gift, and made a call to her husband at work.  When she returned to her room and her closet, she couldn’t face it, so she sat down on her bed with the cup of tea and Facebook.

This was a good idea, she thought, as she relaxed into the pillows with her warm mug. She didn’t linger on the computer once her tea was drunk; she got right up–to use the bathroom–and noticed the towels lying around. She picked them up; started a load of laundry; scrubbed the toilet.

Upon returning to her closet, she realized she felt really tired so she decided to take a nap before getting dressed. That makes better sense, she thought. On her way to the bed, she packed up another gift, and then crawled under the covers in her robe.

She woke to the sound of the UPS man, and so she scampered down the stairs and brought the package inside, and opened it up, and wrapped it; and then realized she was hungry. She munched on a few half-eaten items that she grabbed mindlessly from the refrigerator, and then she noticed how cluttered the kitchen table was. She tidied it, started the dishwasher, and worried that she was wasting this precious day off.

When she returned to her closet it was almost 2 hours later, and yet it still took her more than 20 minutes to get dressed. After each article of clothing, she had another thought; to which she promptly attended: Have I plucked my eyebrows this week? Did my son remember his violin? Are cu-tips on the grocery list? Do those long johns still fit? Why is my bathing suit bag on the floor? Do I have time to wrap the stocking stuffers?

All the while, she was listening to a seasonal meditation, with soft music, and an annoyingly tender voice, and a listing of qualities of being from which she was to choose for a New Year focus. She stopped this recording, not once, not twice, but each time she left the room to chase down another thought–partially nude.

“Choose the quality that jumps out at you,” the reader said, listing one angel card after another.

When she heard the card “compassion” she felt it was hers, even while she chose a bra and socks and underwear, and tried to decide whether she should go to the gym or to the yoga studio or to the cafe after her appointment downtown.

Just before she ran to get her pants out of the dryer where they were de-wrinkling, she bent over into a standing fetal position and said, aloud:

Instead of berating herself for indulging such craziness, she felt a blanket of compassion wrap around her, from her shoulders down to the floor.

In less than a minute, she was dressed, and writing this post… for you?