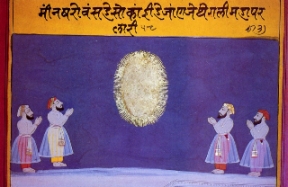 The busiest day of the year was December 21st with 57 views. The most popular post that day was A Tribute to the Sun on the Winter Solstice.

Where did they come from?

These are the posts and pages that got the most views in 2010.

A Tribute to the Sun on the Winter Solstice December 2009

Thanks to all those who followed the calling…