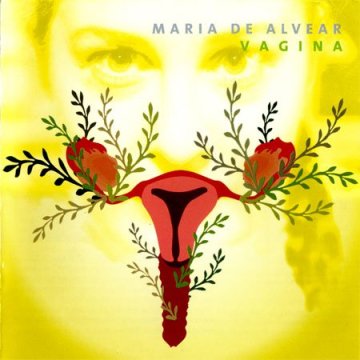 The first time she noticed her vagina was 4th grade, in gym class, when she shimmied up the thick, bristly rope that hung from the ceiling, and then stopped, frozen there, feeling something that she had never felt before, a sensation that shouldn’t end; so she held on, like a koala bear on a pencil, with her legs squeezed around hope, until she was told to slide.

She didn’t hear from her vagina again until she was 13, and still it was disembodied. A place that hurt or felt pleasure, but not something for which she held any knowing.

She learned to use a tampon, to insert it into the canal that she hadn’t known existed, and yet she still gave it no more thought or consideration.

After her first kiss, she didn’t understand why her underwear was wet. She hadn’t liked his awkward kisses, the way his tongue felt limp and wet in her mouth. But something inside her responded.

Once she had fallen in love, her vagina welcomed the fullness, the completeness, of having another inside her. Afterward, she would crave that sensation, even without love; though in both cases, there was no orgasm. She didn’t allow herself that. Didn’t know how to allow it with another. Didn’t feel she had permission. Wasn’t ready for that kind of surrender or abandon or right.

Though her vagina had been reaching out to her for years, she had yet to understand it.

She would allow it to be used, not abusively, but dutifully; she would tolerate the inconvenience of her monthly bleed, with attention, but without sensitivity; and she would pleasure herself, with regularity, but without pleasure.

She would fall in love as an embodied woman, indulge fully in bodily pleasure, but still she would not know her vagina.

Her first child would be delivered via surgery, enabling the cool distance between them continue; but it was after his birth that her vagina would speak. Just once. Loud.

She hadn’t known then that it was her vagina speaking, to her, through her, but she scribbled the words down into her new mother’s journal.

She would later entitle the poem, The Penis.

(She wouldn’t hear from her vagina for a very, long time.)

Her second child came through the birth canal, like a train or a cantaloupe, pushing out between her legs, forcing an intimacy she had never expected.

She discovered Her sexuality then. Claimed it. Explored desire and lust and power. Cultivated it and let it grow until she heard another longing…

She stumbled toward that call, and then turned back, again and again.

It was dark and murky and made no sense.

She resigned herself to pleasure, ill-equipped to find the sacred there.

She had all but forgotten her vagina when it flared with the summer sun of her 50th year.

She had no choice then, but to listen.

She looked at her vagina, she treated it, and she marveled that at her age, she had such little familiarity with its parts, let alone its names; but as soon as she was comfortable, she was ready to move on, uncertain as to the value of any further conversation.

But the voice of her vagina was relentless.

What did it want from her?

She had already brought it to church.

What else did it have to say?

On the day she delivered her first born to college, she found out.

She woke, in the middle of the night, and there it was,

Why had she succumbed to pleasure? Why had she fallen in love? Why had she allowed herself to be used? Why had she suffered through the ravages of two abortions? Why had she wanted a baby? Why did she endure the longing–month after month, year after year–only to be followed by the pain and devastation of two miscarriages; not to mention the ensuing labors and deliveries–the gross assaults to her body…

The voice of her vagina grew quiet and sad…

How could she let go of something, someone, so beloved… a being that had not only been inside her, but grew inside her, came to being inside her…

How could she be so foolish!

She sat listening through the night, finally beginning to hear the depth of her vagina’s pain and sensitivity.

She wasn’t sure how to proceed, but she knew it was time to learn the language.

One thought on “The language of my vagina”